Giantpune has made some very useful tools that allow you to do many things with a BootMii NAND dump. Check out the wiiqt project page here. I have finally compiled the latest versions of the four of giantpune's NAND tools for use on Mac OS X.

In order to run these you need to install the Qt libraries from here: [http://qt-project.org] 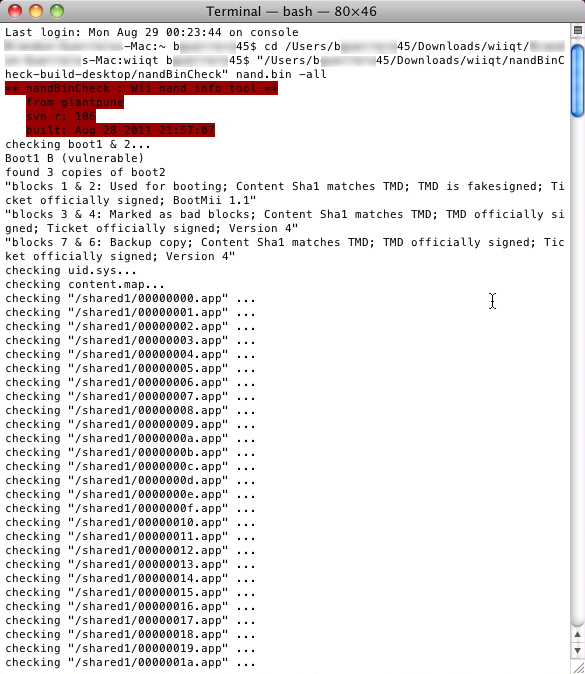 The first tool is "nandBinCheck" which is used to display information about a nand.bin for the Wii. "nandBinCheck" is a Command Line Interface (CLI) program, so there's no fancy GUI. It is able to display information about boot1 & 2, NAND filesystem, permissions, ecc, hmac, SFFS, detect causes of many different types of bricks (opera, 003, unbootable IOS). With this program, you are almost guaranteed that a nand.bin is safe to install on a Wii. Note: You must run nandBinCheck from a Terminal window. You can find Terminal in Launchpad in the Utilities folder. 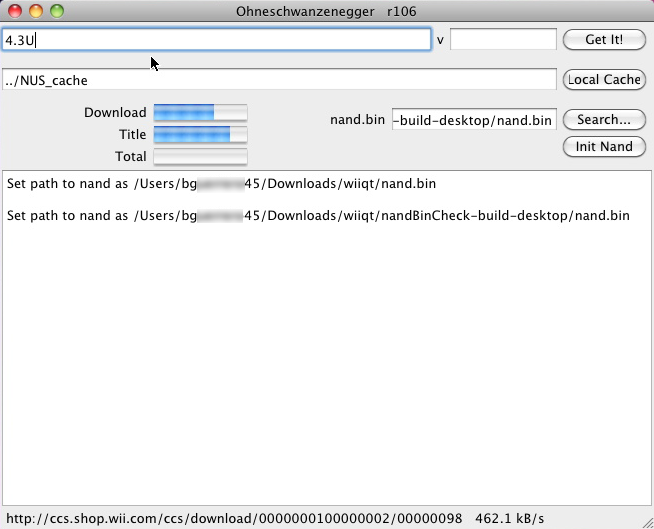 The next tool is called "ohneschwanzenegger". It is a program for creating, formatting, & writing to a nand.bin. It allows you to create a nand.bin on your Mac that you can then install with BootMii or a flash programmer. It accepts WADs or can download titles and full updates from NUS. It is still recommended that you check the contents of a nand.bin before installing it to a Wii. 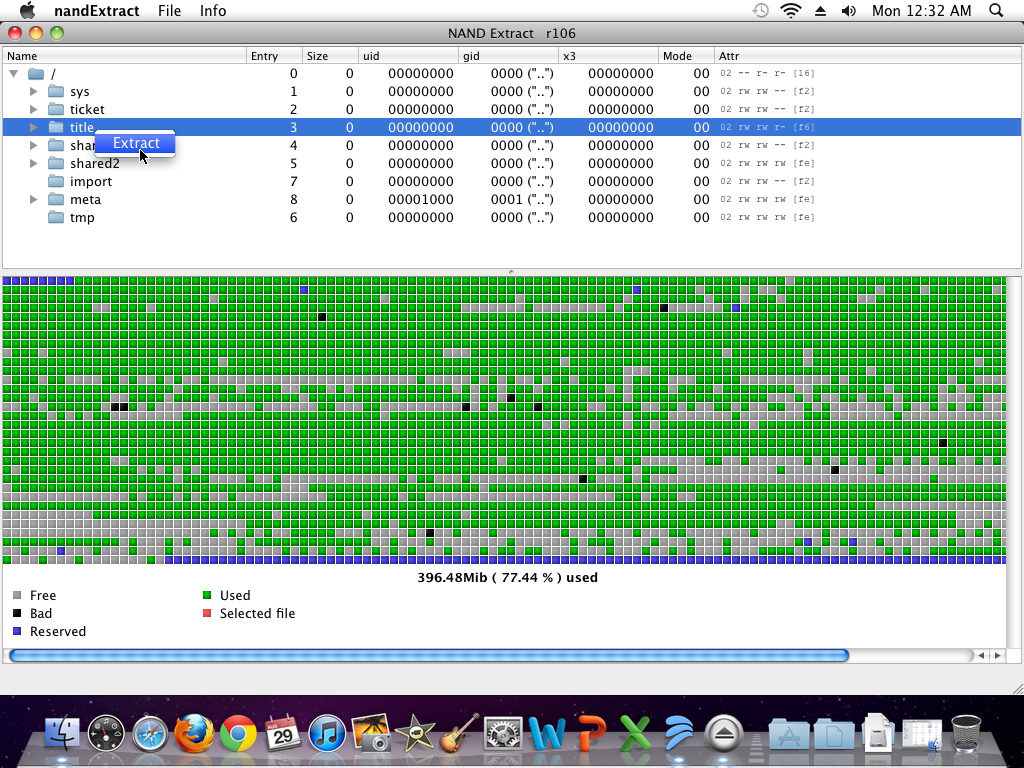 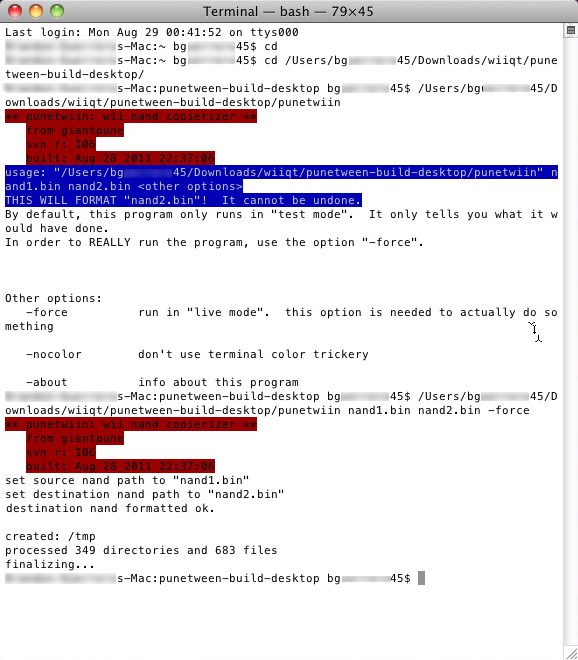 The final tool is "punetwiin". It's basically like betwiin which converts a NAND.bin to use on a different Wii. It works slightly different though; It takes a full nand.bin for both done files. It pulls the files and filesystem from the first NAND, and it pulls boot1 and boot2, the keys and the bad block map from the second NAND. When its done, you will have the contents from the filesystem in the first NAND mixed with everything else from the second NAND. The full process should take about 2 minutes. Bad blocks are taken into account, so it should be safer that Betwiin. Anybody using punetwiin is encouraged to verify the content of the output file before installing it. Note: You must run punetwiin from a Terminal window. You can find Terminal in Launchpad in the Utilities folder.

Of course all credit for these apps goes to giantpune and all the people who originally figured this stuff out (Team Twiizers) all I did was compile them for Mac OS X.